He has completed high school in 2009. He pursued bachelor degree in English at the Institute of Foreign Languages and graduated in late 2013. At the same time, He also graduated from University of Puthisastra, majoring in Finance and Banking. From 2014 – 2017, he has been working at Ministry of Industry. Supported by JDS scholarship, he spent 2 years in Japan for master degree in Economics at Kobe University. After completing the master program, he returned to the same office at the ministry. Meanwhile, he realized that he needed a practical experience in doing research. So, he decided to apply for the position of research assistant at CPARD. Personally, he looks forward to learning research methodologies both in qualitative and quantitative more deeply and concisely. He is delighted to work here with resourceful, helpful, and insightful colleagues. Areas of his research interest include economic growth, financial inclusion, and international trade. 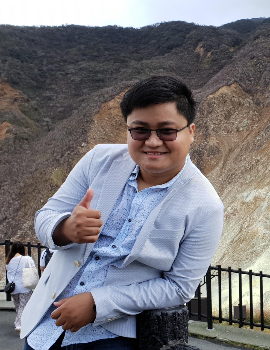 
From the early 1990s, Cambodia’s agricultural food trade was seen as exports of raw materials and unprocessed primary commodities to neighboring countries such as Thailand and Vietnam. The production and processing capacity were remarkably low at the time. Realizing the tremendous amount of the exports and great loss of value-added incomes, the Roy... 
The Network of Agriculture and Rural Development Think-tanks (NARDT) project is designed to form a consortium with flexible cooperation mechanism where think tanks of different stakeholders of Cambodia, Myanmar, Lao and Vietnam can work together in an effective manner to improve the quality of policies in agriculture and rural development and facil... 
This study aims to fill this gap in research by conducting a Gender and Inclusive Development Analysis (GIDA) combining qualitative and quantitative approaches. The GIDA is intended to inform USAID’s work plans regarding the Cambodia Country Development Strategy (CDCS) for 2020-2025 by providing a rationale, data and recommendations of which gender...