Blog – Living and Recovering with Delta: Time to Open Borders in Southeast Asia

Author: Dr Jayant Menon, a Visiting Senior Fellow at the ISEAS – Yusof Ishak Institute, Singapore, and Adviser to the IDRC Project on the Impact of Covid-19 on Inclusive Development and Democratic Governance

The Delta variant of COVID-19 has become dominant in Southeast Asia, calling into question the efficacy of trying to eliminate the virus, and the current combination of mobility restrictions at and within borders. The variant’s high transmissibility is eroding the health-protective effects of border closures relative to domestic mobility restrictions, while the economic cost of border closures continues to rise over time. A recalibration in Southeast Asia is overdue.

Unlike most of Europe or North America, Southeast Asia remains mostly closed to non-essential travel because of lower vaccination rates. Reaching herd immunity through vaccination may be required to protect the local community before opening to vaccinated travellers because they still carry some risk of infection, albeit a much lower risk of developing severe symptoms. Prematurely opening up to all vaccinated travellers risks adding new strains to already-challenged healthcare systems.

Borders remain mostly closed in Singapore, Cambodia and Malaysia despite vaccination rates exceeding 80 per cent. Yet the same stringency has not applied to domestic mobility restrictions, which have been trending downwards in most countries despite ongoing community outbreaks. Malaysia has been easing domestic curbs despite consistently having one of the world’s highest infection rates on a population-adjusted basis. Manila ended a domestic lockdown on the same day in August that daily infections reached a new record high. Healthcare systems in both countries being severely strained did not prevent the easing of domestic restrictions.

This seemingly contradictory behaviour is explained by lockdown fatigue and the need to balance health and the economy, especially given dwindling fiscal space in many countries. But once the balance between health and economy is struck, there are different combinations of domestic and border restrictions that can produce the desired economic outcomes.

So far, most of the actions to support the economy have focussed on easing domestic restrictions. Border restrictions have hardly featured in the calculus. Because borders must remain mostly closed, the economic imperative has required so much domestic easing that health risks have risen sharply, as evidenced by soaring infection rates. If this lopsided approach was suboptimal before, it is becoming unsustainable with the Delta outbreak.

Border measures carry a premium only while they keep new variants out. Once they fail, as they inevitably have, their value diminishes rapidly. They fail because borders are not completely closed, by design, and domestic protocols can slip, leading to breakthrough infections. By the time travel bans are instituted against countries where the new variant has been spreading, it is simply too late to stop them. Travel bans could work if we could reduce the time it takes to determine the risks carried by new variants, say from the genetic sequencing alone, but this is not yet possible. Until it is, border measures will not protect us from future variants but improved domestic protocols might.

Now that the Delta variant has taken off in Southeast Asia, imported cases make up just a small fraction of total infections. It is small not because border measures are working but because they failed to keep out a highly transmissible variant that then spread rapidly domestically. Once this happens, the value of border relative to domestic restrictions starts to fall sharply. This suggests that shifting the focus from border to domestic restrictions, for any given health-economy trade-off, would be beneficial.

Such a shift would better address economic considerations while providing the best opportunity to contain community spread. The recalibration should not go too far in restricting domestic mobility or it will deter foreign arrivals. Most countries in Europe and North America have struck this balance and removed quarantine but not testing for vaccinated travellers from countries with low infection rates. It is time that Southeast Asian countries with sufficient healthcare capacity start planning for the same as they ramp up vaccination efforts.

The only countries in Southeast Asia that have started opening their borders to non-essential international travel are Singapore and Thailand. Singapore has opened up to more than ten countries with low infection and high vaccination rates, most of which have reciprocated. Thailand has employed the sandbox or ‘micro herd immunity’ approach in the resort islands of Phuket and Koh Samui, opening up unilaterally to a large number of countries. The impact so far has been muted due to hesitancy and complex procedures, both of which are improving with time. There have been no community outbreaks linked to international arrivals, although Phuket had to ban domestic arrivals after a surge in domestically imported cases. Singapore expects to open up to more countries soon, while more parts of Thailand may open to international tourists by November.

If these moves succeed in attracting large numbers of travellers without compromising domestic health conditions or systems, then it may have demonstration effects that domino through the region. Cambodia has announced plans to reopen by December, while Phu Quoc island in Vietnam and Bali, Indonesia, may open to vaccinated tourists even sooner. When the reopening spreads further, then harmonisation followed by mutual recognition of standards and protocols should increase both intra- and extra-regional flows. In this way, unilateral opening and bilateral travel bubbles can lead to broader, multilateral outcomes for Southeast Asia, while it learns to live with the virus. 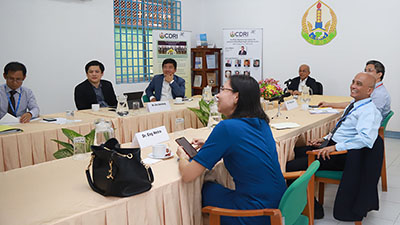 
CDRI Board of Directors Meeting


The Board of Directors (BoD) of the Cambodia Development Resource Institute (CDRI) met at a virtual meeting on 3rd November 2020. All 10 existing BoD members attended and actively engaged in the deliberation and comments. For further information about CDRI BoD, please visit CDRI... 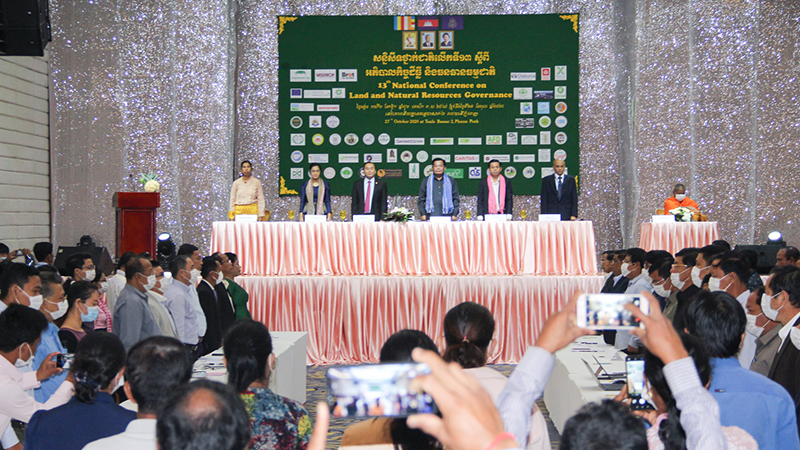 
CDRI Senior Management was invited to deliver a key-note on the Land and Natural Resources Governance at the National Conference on Tuesday, October 27, 2020, at the Bassac II. It was attended by over 150 participants from the provinces, key ministries and departments, and repres... 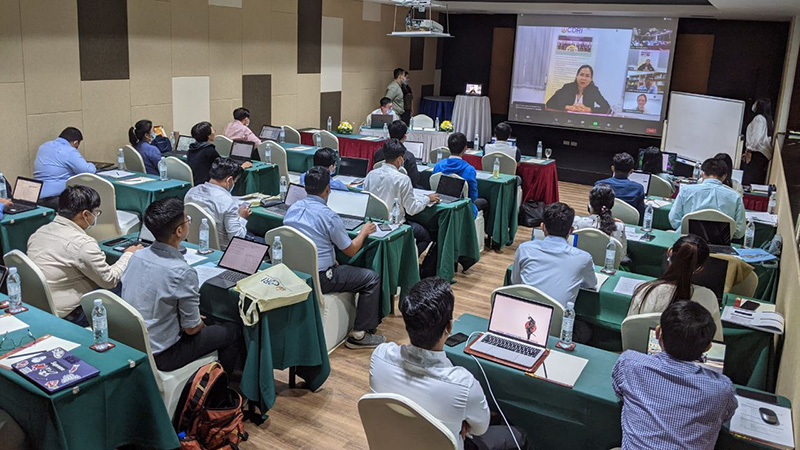 
Training on Introduction to R for Quantitative Data Analysis


In collaboration with The Asia Foundation and under financial support from the Australian Department of Foreign Affairs and Trade (DFAT), the Centre for Educational Research and Innovation (CERI) has organizing a three-day intensive workshop on “Introduction to R for Quantitative...