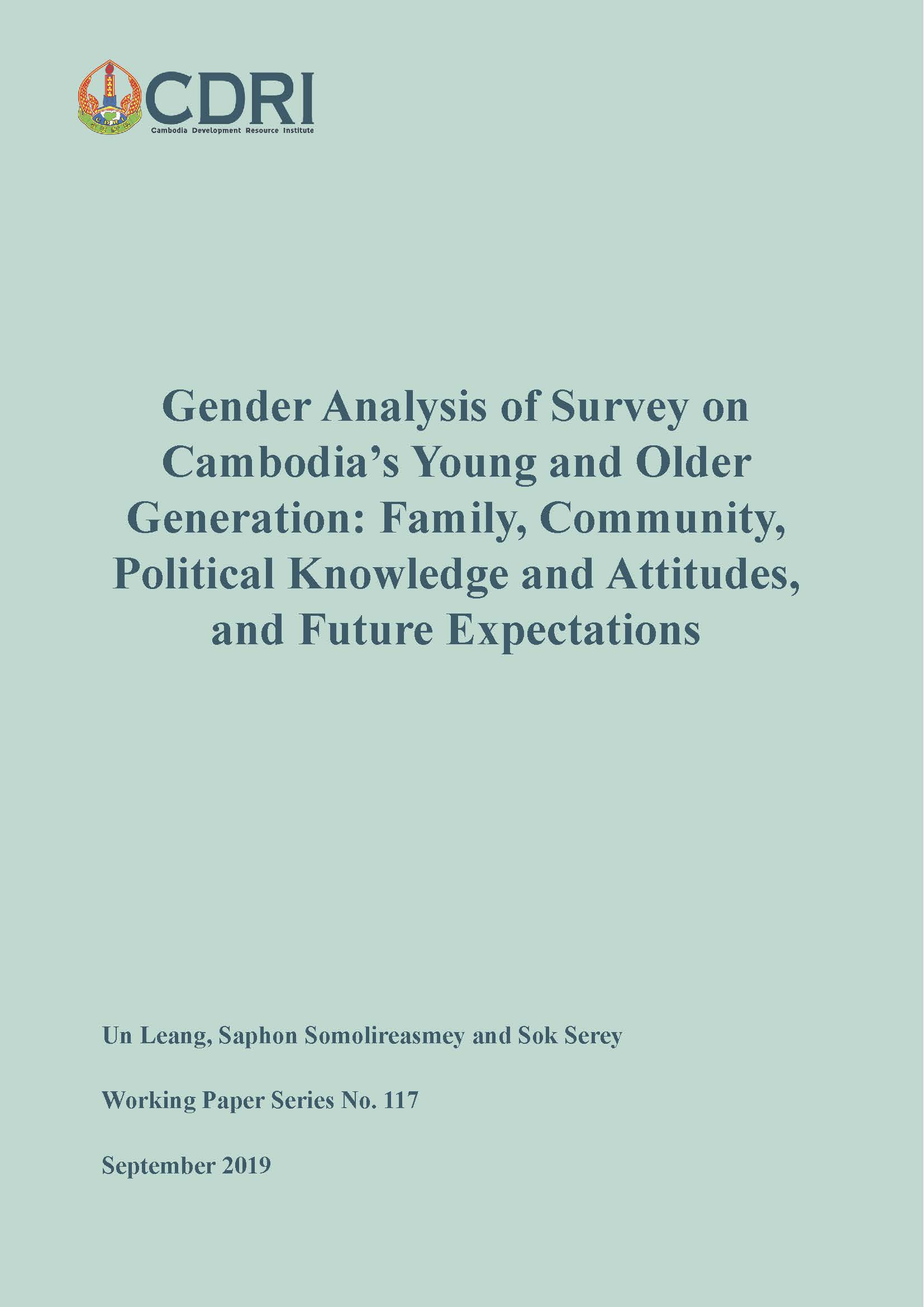 This economic improvement, mostly made possible by rapid manufacturing (garment industry), construction and tourism growth, is paving the way for rapid urbanisation. The pace of urbanisation combined with demographic change, improved access to education, and widespread internet use is playing a significant role in shaping and changing perceptions, thoughts and behaviours, especially among women. This report attempts to observe these changes through a gendered analysis of a nationally representative survey, conducted by CDRI from October 2017 to January 2018, of 1,600 Cambodian citizens (aged 16 to 65 years) in 101 (72 rural, 29 urban) villages in five provinces and Phnom Penh (Eng et al. 2019). The survey questionnaire comprised 101 questions covering six sections: demographics, identity and values, trust and respect, outlook, political participation, and media. This report uses the survey responses as its sole primary data and classifies them into four main themes: family, attitudes towards community, political knowledge and attitudes, and future expectations. Each theme is divided into subthemes for detailed analysis, as follows:

The following techniques and methods were used to analyse the data:

SPSS was used for descriptive analysis and crosstab was applied to generate comparative data on the seven selected attributes across the four themes selected for the study. Independent Sample T-Test was applied to compare the mean scores of two independent groups on each variable, data allowing. Crosstabulation generated 567 tables, analysis of which was beyond the scope of this report. The following criteria were therefore used to reduce the number of tables: 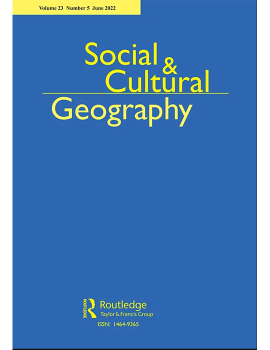 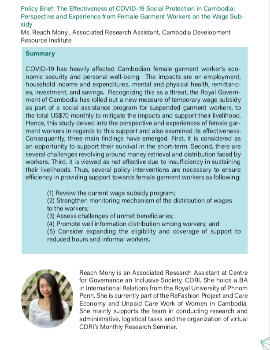 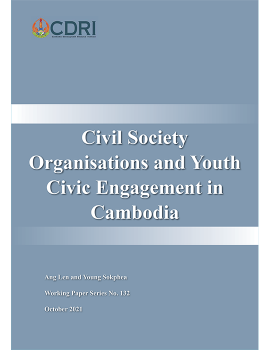