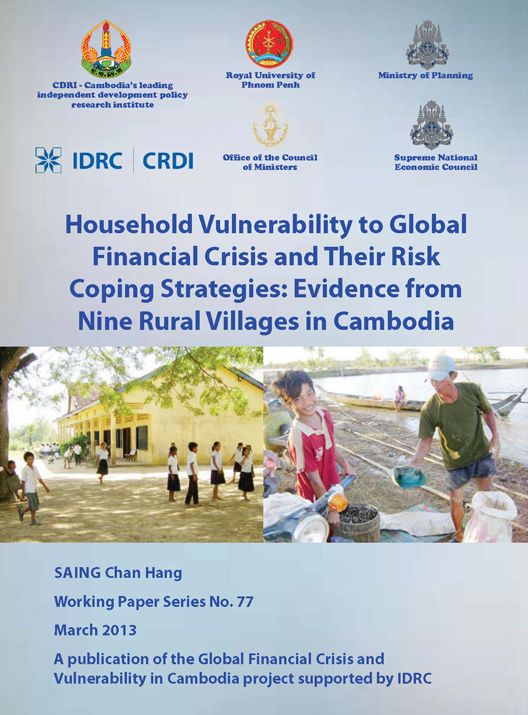 Although economic growth started to show signs of recovery in early 2010, a consumption shortfall was pervasive across Cambodian sample villages and household wealth statuses, reflecting the protracted effect of the global financial crisis up to March 2011. This paper aims to investigate the extent of rural household vulnerability and their use and the effectiveness of risk-coping mechanisms in response to the crisis. We find that groups vulnerable to the global financial crisis include larger households and households with older heads, while groups that are better insulated include households with better educated heads, female-headed households and households with married heads. There is also evidence of child labour as households with more children were better protected. Descriptive statistics show that 5 per cent of children below 14 years old are active labourers, and around a third of them engage in study and labour at the same time. In addition, households that have access to common property resources can protect themselves from economic crisis. On household risk management strategies, we find no evidence to support the effectiveness of risk-coping mechanisms, namely selling assets, selling livestock, borrowing and the use of transfers or social networks. Selling agricultural land was also found to be an ineffective coping tool, though there is weak evidence to suggest that selling idle land is effective. When assessing outcomes of rich and poor groups, we found no significant relationship in the use or effectiveness of any specific coping mechanism. To assess the effectiveness of coping mechanisms, we pooled information on reported strategies into three groups, namely active, adaptive and social networks, and found that active strategies and social networking did not help households weather the economic crisis. Results for adaptive strategies are mixed, as their coefficients are both positive and negative, but are not statistically significant. 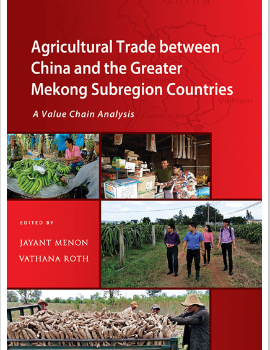 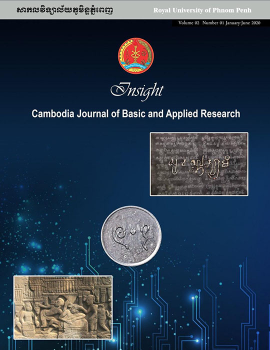